Home HTC HTC U11 Plus new renders leaked, spotted on GeekBench and GFXBench.
Earlier we had some rumours about the alleged HTC U 11 Plus and now, for the first time, the device renders and Video are leaked. The renders of the HTC U 11 Plus are leaked by popular leakster  @onleaks and Coupon Raja.We also got some more details like the dimension of the device.HTC has already sent media invites for the launch event held on Nov 2 in Taipei. 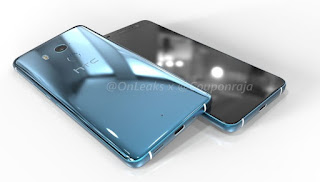 As per leaks, the HTC U11 Plus has similar metal and glass finish design as seen on the predecessor.It looks exactly the same as the HTC U11.At the back, we have the single camera with LED flash and no Dual camera set up this time too.Below the camera module, we have the fingerprint scanner.It still has the same mineral surface as seen on the predecessor.Then HTC U11 Plus will come with 4-microphone holes similar to HTC U11. 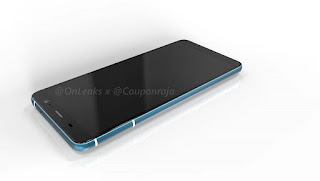 At the front, we have the new bezel-less display with thick bezels on top and bottom of the screen.On top of the display, we have the selfie camera, earpiece and sensors and there is nothing below the display.As per leaks, HTC U11 Plus measures 158.2 mm*74.6 mm*9.1mm when compared with HTC U11 there is a slight increase in the dimension and probably have thin bezels this time.
The HTC U11 Plus just have the USB Type-C port at the bottom of the device and doesn’t come with 3.5 mm audio port.It is rumoured to be using 6 inches QHD+ (3200*1800) display this time. 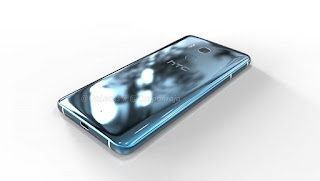 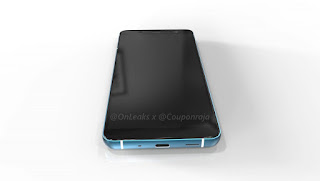 Apart from that, recently the device was also spotted in GeekBench and GFXBench were we have got some of the key specs of the device.As per GeekBench, HTC U11 Plus is listed as HTC 2Q4D1 which was also spotted earlier with the same model number.
HTC U11 Plus or HTC 2Q4D1  is powered by SD835 chip coupled with 4GB RAM and is running on Android Oreo out of the box.As per GeekBech, the device got a score of 1920 under single core score and 5765 under multi-core test which is in the range of other devices using the SD835 chip.Looks like HTC will again launch the base 4GB RAM version in some markets with 6GB RAM version in markets like the US and some Asian countries. 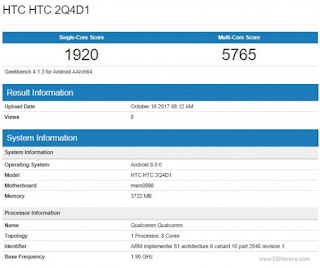 HTC U11 Plus was also spotted on GFXBench and was listed as HTC 2Q4D1.As per GFXBench, the upcoming HTC U11 Plus will boast 6 inches QHD+ display having a resolution of 1440*2880p with an aspect ratio of 18:9 when compared with traditional 16:9 display on the predecessor. 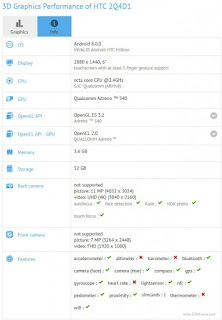 It is powered by SD835 chip coupled with 4GB RAM and 64GB onboard storage.It comes with a 12MP rear camera with Dual tone dual LED Flash and there is 8MP selfie camera.The rear camera can record videos up to 4K whereas the selfie camera can record videos up to 1080p.The device runs on Android 8.0 out of the box.
Apart from that we also got new leaks claiming that the upcoming HTC U11 Plus will have 4000 mAh battery when compared to 3000 mAh battery on original HTC U11.

HTC U11+ will be featured by ~4000mah battery.
Physical size of the device is comparable to U11 with some minor increase in X-Y-Z dimensions

As per LlabTooFeR, the upcoming HTC U11 Plus is rumoured to be having 4000 mAh battery. apart from that, there are no more details leaked.With the increase in battery, there is a slight increase in the dimension of the device as we saw on the previous leaks by @onleaks.We have to wait for few more days as HTC will unveil the HTC U11 Plus on Nov 2 in Taipei, Taiwan.