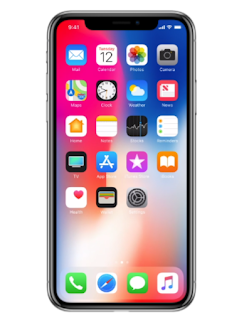 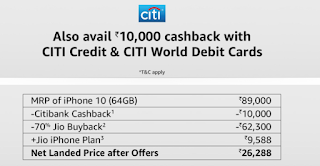 The launch offers from Amazon include 70% cash back after 12 months from Reliance Jio which was even launched with Apple iPhone 8 and iPhone 8 Plus and all terms and condition remain exactly the same.Apart from that if you are Citi Bank Credit card or World Debit card user you are eligible to get Rs.10,000/- as cashback after three months from the date of purchase so which is a sweet deal from Amazon and Citi Bank. 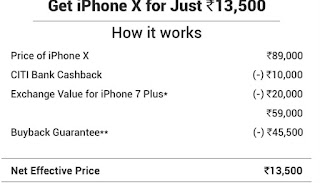 Flipkart is offering No cost EMI for Apple iPhone X, 5% cashback if you buy it using Axis Bank Buzz Credit card, If you buy Apple iPhone X bundled with Apple Watch or Apple AirPods using Citi Bank Credit card or World Debit card then you are eligible to get Rs.22,000/- cash back for iPhone X+AppleWatch and Rs.15,000/- cash back for iPhone X+Apple AirPods respectively and finally exchange offer where you can get discount up to Rs.20,000/- if you exchange your old smartphone and buy the Apple iPhone X. 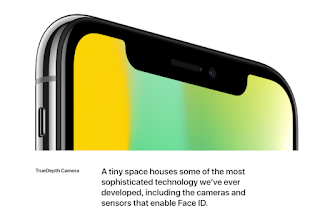 The Apple iPhone X is now having metal and glass body instead of metal unibody on earlier iPhones.As per Apple the Glass back is most durable glass on both front as well as the back of the device and it uses Aerospace-grade Aluminium frame.Apple says it is the most advanced iPhone ever made.Apple iPhone X will be available in three colour option with Silver and Space Grey.the new iPhone X has all display design at the front and there is no Touch ID on this device and no more Home button too.Apple iPhone X weighs 174 grams and is just 7.7 mm thick. 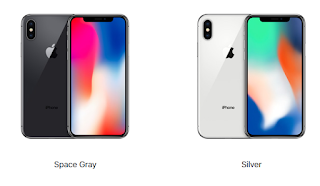 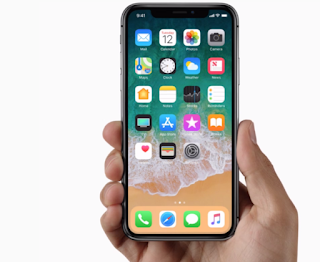 Apple iPhone X is having all screen design with no home button below the display. On top of the display, we have cut out for Stereo speaker and built in mic with FaceID and Selfie camera beside it. At the back we have the Dual camera setup aligned vertically with Quad LED flash separating it.There is no 3.5 mm audio port and Lightning port is located at the bottom with speaker mesh and microphone.The volume rocker with a Silent key is located on the left whereas the Power on of key is located on the right of the device.Now when the device is locked you can launch the Siri by just long pressing the Power key.As the lack of the home button, Apple introduces new actions to launch apps, unlock the device and open multi tasking tray.Now you can swipe up and hold to open the multitasking UI and Swipe up to exit the app and land on Home screen.Now the control center has been moved to the top. 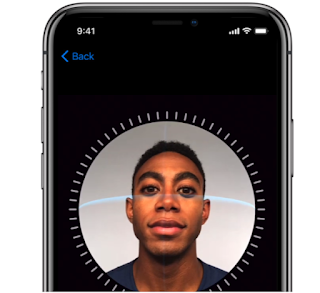 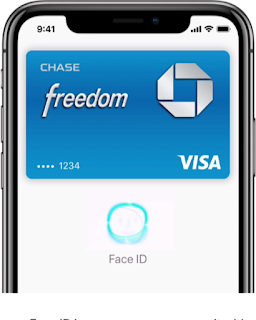 One more new thing is the all new Face ID which is the replacement for the Touch ID which is no longer present on the new iPhone X.The new Face ID uses the flood illuminator which also works in dark light and a projector that points 30,000 points on your face.Apple is touting it is more secure than Touch ID with a failure rate of 1,000,000:1.But there is con Identical Twin can easily unlock the device.As Touch ID was integrated with Apple Pay now we have Face ID integrated with Apple Pay to make payments simple. 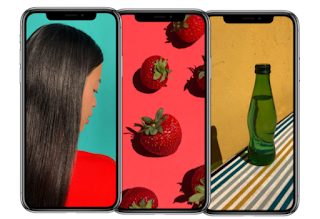 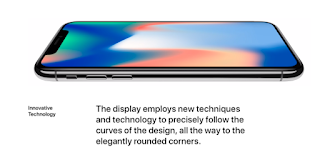 Apple iPhone X is now using all new Samsung made OLED display which will make the highest resolution display being used on an iPhone till date. Apple calls the display as Super Retina Display.The Apple iPhone X is having 5.8 inches AMOLED display with HDR and having a resolution of 2436 x 1125 at 458ppi.It supports both HDR10 and Dolby Vision and offers 1,000,000:1 contrast ratio.It also comes with True Tone Display, finger-resistant Oleophobic coating, 3D Touch and Dual domain Pixel for wider viewing angles.The display at the front has rounded edges similar to last seen on Samsung Galaxy Note 8 and LG G6. 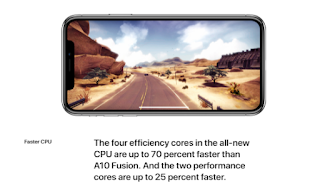 The iPhone X is powered by Apple new A11 Bionic Six core Chipset which has 64-bit architecture and comes with Neural Engine and M11 motion coprocessor.There are two storage variants with 64GB and 256GB models.The Apple A11 Bionic Chip is having two high power cores and is 25% faster than the Apple A10 Fusion Chip.Whereas the other four cores are power efficient and are 70% faster than two low power cores on A10 Fusion chip.The Apple A11 is using own Apple made GPU for the first time which has 3 cores and is 30% faster performance than Apple A10 Fusion chip. 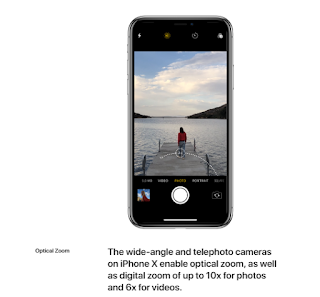 The Apple iPhone X comes with Dual 12MP camera sensor which is aligned vertically with one act as a telephoto lens having an aperture of f/2.4 and another wide-angle lens with an aperture of f/1.8 and Quad LED flash in between the Dual camera.It also comes with optical zoom and has digital zoom up to 10x, Portrait mode and Portrait lighting.Now iPhone X comes with Dual OIS support unlike the iPhone 7 only the wide angle lens had OIS. 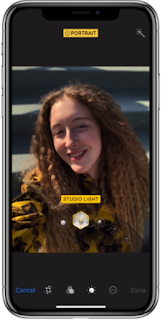 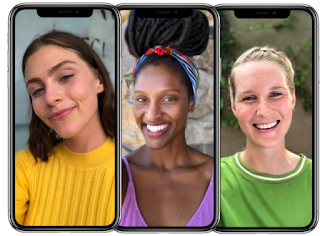 Apple iPhone X is having 8MP selfie camera with an aperture of f/2.2 comes with Retina Flash, Auto HDR mode, Portrait mode and Wide Color capture with a Live photo.The selfie camera also comes True Depth camera and enables with a new feature called animoji where the user can speak and record the animation and send the animation to friends.Now the selfie camera also comes with Portrait mode and Portrait lighting on iPhone X.The Apple iPhone X rear camera can record videos up to 4K @60 fps, Slowmo video at 1080p @240 fps and front camera can record videos up to 1080p.Both the device’s rear camera glass has Sapphire Crystal lens cover. 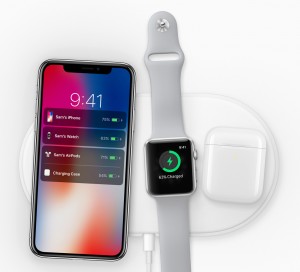