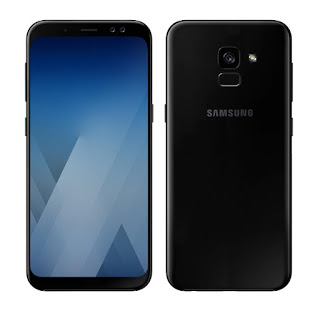 As per the leaked images, the device is having rumoured Samsung Infinity Display with curved corners and the device is completely made out of metal and glass back similar to Samsung Galaxy S8 series and Note 8 but due to cost cutting the A-series 2018 will not have the curved displays but instead will have the curved glass on top of the display.There is dedicated Bixby key on left side of the device below the volume rockers.

On the right, there is power key. At the back, we can find the single camera module with LED flash beside it and there is rear-mounted fingerprint scanner below the camera module.The back of the phone has curved on all the sides and also Samsung branding is present at the back of the device.At the bottom, there is a single speaker with USB Type-C port beside it.

As we can see from the images there is a no longer physical home button on the A-series devices similar to S8 and Note 8 series it might have on-screen navigation button instead.As of now, there are no details regarding the specs, but as per earlier leaks A7 2018 edition was spotted on GFX bench was having FHD display with an aspect ratio 18:9. It was having 4GB RAM and 16MP rear camera. The device was running Android 7.1 with Samsung custom UI on top.Samsung might launch the A series 2018 edition by Jan 2018.