Home Huawei New set of leaks claims horizontally aligned dual camera on Huawei Mate...
Facebook
Twitter
Pinterest
WhatsApp
Huawei is all set to launch its new lineup of devices with Huawei Mate 10 series on Oct 16. As the days are nearing towards launch we are getting back to back leaks about the devices.Earlier leaks claimed that Huawei Mate 10 to come with a vertically aligned Dual rear camera but as per latest leaks, the camera is now aligned horizontally. 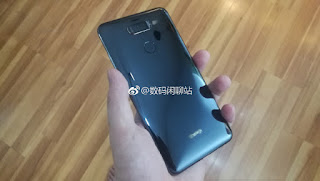 A new set of images leaked of the upcoming Huawei Mate 10 yesterday on popular Chinese Social media Weibo which shows the new alignment of the Dual camera on Huawei Mate 10 which are now aligned horizontally.We already got the leaks of the 3 models out of 4 Huawei Mate 10 series and we are just claiming that the 4th model with Huawei Mate 10 Plus which is not yet leaked and the above images leaked might be of the same. 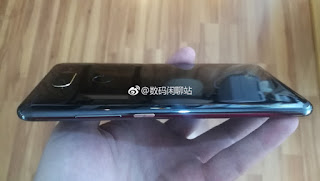 As per leaked images, the Dual camera at the back doesn’t have any Leica branding which is surprising as earlier leaked devices came with Leica branded lens.Besides the primary lens, there is Dual tone Dual LED flash and Laser AF on the left side of the Dual camera setup. Below the camera module, there is a fingerprint scanner.Now the back somewhat has Glossy finish with a slightly curved back panel and we can even notice the dual camera protruding out from the body. 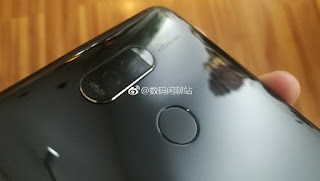 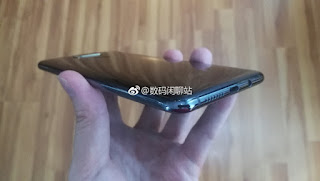 There is ASPH mentioned on the other side of the Dual camera which means it is using an Aspheric lens which indicates that it is Leica camera and it has also mentioned the aperture size of f/2.2 which is slower than the previous leaked f/1.6 aperture lens.The whole design looks similar to LG V30. There is USB Type-C port and 3.5 mm audio port at the bottom of the device. 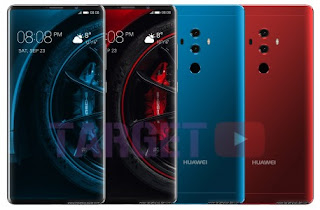 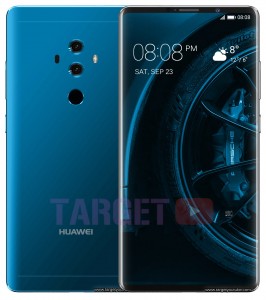 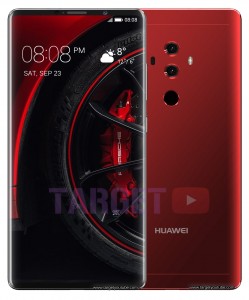 On the back, we have something new type camera design with Leica certified Dual vertically aligned cameras with Dual Tone Dual LED flash on the right, Laser AF on the left side and fingerprint scanner below it.Apart from that we no other details regarding the specs.We have to wait for few more weeks as Huawei will launch Huawei Mate 10  series on Oct 16 in Munich, Germany.