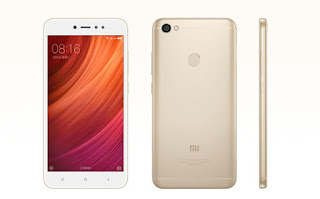 The all new Xiaomi Redmi Note 5A is completely built out of metal and is the successor to last year launched Redmi 4A which was a budget smartphone from Xiaomi.Xiaomi Redmi Note 5A looks similar to earlier launched devices by Xiaomi in terms of design.At the front, we have a front-facing camera with LED flash (Only on higher models), sensors and earpiece in between.Below the display, there are three capacitive navigation keys which aren’t backlighted.At the back, we can see the single camera with LED flash sitting on top of the antenna band.There is MI branding at the bottom on the rear of the device with another antenna band.At the bottom, we now have the speaker mesh with micro USB port.The power key with Volume rocker is on the right with SIM card tray on the left of the device.There is fingerprint scanner at the back below the camera module only on 3GB/4GB RAM models. 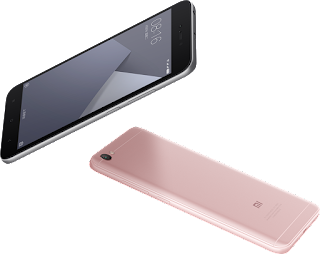 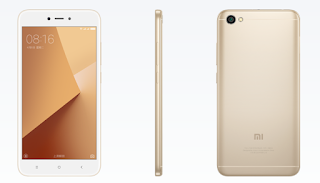 Xiaomi Redmi Note 5A is just 7.7 mm thick and weighs 153 grams.It is now having 5.2 inches HD LCD display with Corning Gorilla glass on top.The device comes in three variants.The base model is powered by SD425 chip coupled with 2GB RAM and 16GB onboard storage so there is no change in the processor and RAM+ storage it is similar to what we found on Redmi 4A.

The other two models of Xiaomi Redmi Note 5A will be powered by SD435 chip coupled with 3GB/4GB RAM and 32GB/64GB internal storage.On this model, we also have 2.5D curved glass on top of the display and also features a rear mounted fingerprint scanner. 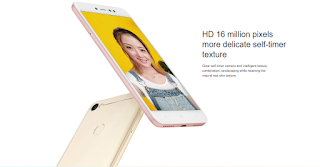 This is the first device from Xiaomi to come with dedicated microSD card slot with Dual SIM Card support.The connectivity option includes Dual SIM 4G with VoLTE support, Wifi, Bluetooth 4.2, A-GPS, GLONASS,  IR Blaster, and Gyro sensor.All this is fueled with 3,080 mAh battery and is running on Android 7.1.1 with MIUI 9.0 on top.All the three version will be available in three colors options with Champagne Gold, Platinum Silver, and Rose Gold.