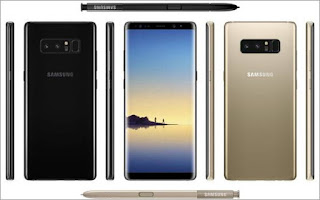 Samsung was trying hard to implement the under display fingerprint tech which was rumoured to come with S8 and S8+ earlier which didn’t happen and even there were rumours and leaks claiming that next Samsung Galaxy Note 8 to come with that feature but as per latest leaks Samsung is unsuccessful to implement on the device as of now and might come with similar fingerprint scanner one found on Samsung Galaxy S8 and S8+.

Hope Samsung successfully implement the under-display fingerprint tech and will hope to see that tech on upcoming Samsung devices soon which will solve the Samsung issues for a weird location of rear mounted fingerprint scanner.