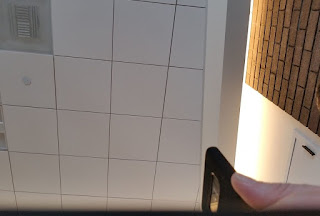 From the leaked images by Evan Blass on twitter, we can see the blurry image of the Samsung Galaxy Note 8  with a protective case but we can clearly see the Dual camera setup at the back with Dual LED flash with Heart rate sensor and fingerprint scanner.

The camera at the back slightly protrude outside similar to earlier launched Samsung Galaxy S8 and S7.The weird position of fingerprint scanner found on S8 is now back with Samsung Galaxy Note 8 too which is very difficult to use in real life.