Home LG LG to launch LG V30 Plus with LG V30
Facebook
Twitter
Pinterest
WhatsApp
LG is all in news with its upcoming flagship LG V30 which is the successor to last year LG V20.As per earlier leaks, the device will have the largest aperture size of f/1.6 and now we have one more leaks which claim that LG will launch the LG V30 Plus variant with LG V30 as per South Korean wireless Industry. 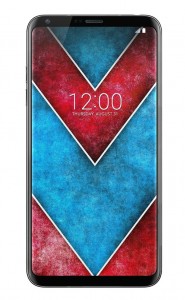 Earlier LG confirmed that it will be launching LG V30 on August 31 at IFA Berlin, but they didn’t mention the other model, as per reports the LG V30 will be available in several variants in different markets.As per latest leaks, LG will launch the higher variant of LG V30 with LG V30 Plus.As per South Korean Wireless Industry, LG V30 will be priced $700 and LG V30 Plus will be priced at $875 in the far eastern country.

Both the device will have dual camera setup at the back which comes with the 16MP sensor and 13MP sensor.The LG V30 and V30 Plus will be fueled with 3200 mAh battery and will run Android 7.1.1 out of the box.The device also supports LG Pay in South Korea.

It is still unclear The LG V30 Plus what kind of better Audio system when compared with LG V30.All the earlier V series had QDAC support and even the upcoming LG V30 and V30 Plus to will have the support.

As per earlier leaks, the LG V30 and Samsung Galaxy Note 8 will go on sale from Sept 15 in South Korea.