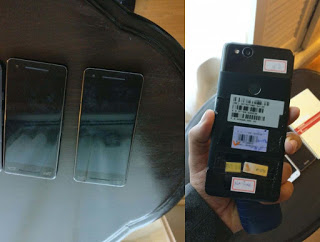 As per popular leaker, Evan Blass has now tweeted about the next gen Pixel devices which will be launched on Oct 5 but also mentioned that it will be powered by SD836 chipset.Google has finally unveiled the Android 8.0 recently and we can expect the second gen Pixel devices to launch soon.

As per earlier leaks, we have some rumors about LG making the Pixel XL 2 and HTC will make the Pixel 2.We also had rumors of Pixel XL 2 will have a bezel-less display, similar display one found on LG G6.