Home Sony Sony to launch smartphone with bezel-less display in IFA Berlin.
Sony is all set to launch the bezel-less display smartphone in IFA Berlin on 31 August as per a post on Weibo. Earlier we had some leaks about the Sony making a 6-inch display with an aspect ratio of 18:9 made by JDI called as Full Active which has a resolution of 1080 x 2160p. 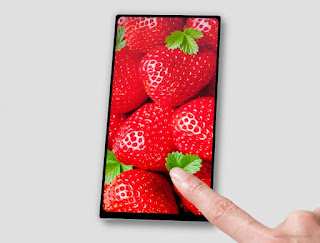 With Samsung and LG launching their flagship devices with an aspect ratio of 18.5:9 and 18:9, now Sony too planning to give tough competition to them with this Full Active Display.Sony smartphone is expected to have a higher 6-inch display as per previous leaks.
Sony might launch this new device in IFA Berlin with other devices like XZ1, XZ1 Compact and X1.As of now, there are no details regarding the specs but it might be powered by SD835 chip and may be called as XZ1 Premium.
Source
Share
Tweet
Share
Pin
0 Shares