Home Samsung Samsung Galaxy Note 8 will come in 64GB and 128GB storage options,...
Samsung upcoming flagship for next half of the year with Samsung Galaxy Note 8 is all in news with back to back leaks.Now we have some more leaks for the most anticipated smartphone Note 8. As per leaks, Note 8 will have two storage options one with 64GB and 128GB which can be expanded up to 256GB via microSD card slot. 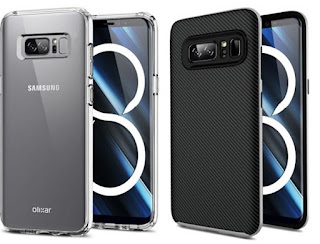 There are also some details regarding pricing, Note 8 might be priced somewhere around $1000 and $1100.Earlier @Evleaks revealed that Note 8 will be priced 1000 Euros which translate to $1140. 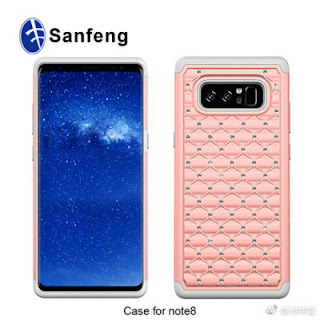 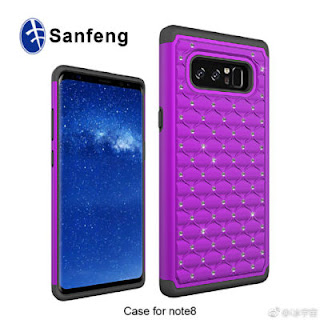 With that, there are some more leaks with protective cases.One of the Chinese Phone Accessory manufacturer Sanfeng just leaked some images of the Samsung Galaxy Note 8 cases made by them. 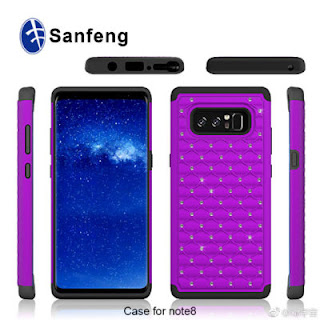 From the images, we can see the Note 8 will have similar Infinity Display with aspect ratio 18.5:9 one found on S8.At the rear, we can see the two horizontally aligned Dual Camera with LED flash and Heart rate sensor with Fingerprint scanner beside it.With that, we can say Note 8 will not have under display fingerprint tech as per the images the fingerprint scanner sits beside the Heart rate monitor.Now the S-Pen slot is on the bottom left and not on the right as per earlier leaks. 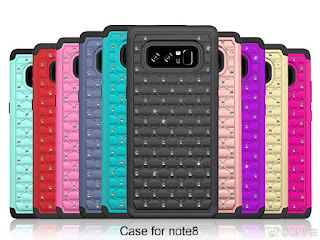 We just can’t tell that the images leaked are accurate or final device it might be fake too.We have to wait for Samsung to officially announce the device soon.The Note 8 is expected to launch 26 August 2017.