Xiaomi is all set to launch the next version of its custom skin with MIUI 9 next month. Now we have some official screenshots for the upcoming MIUI 9 were shared by Xiaomi this week on Weibo. 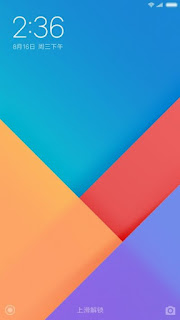 From the above screenshot, we can see similar UI what we found on MIUI 8 with minor changes with Icons and dock icons are now present at the bottom and do not have names attached, but only icon images are present.Now with MIUI 9 icons look a lot cleaner than the MIUI 8 icons. 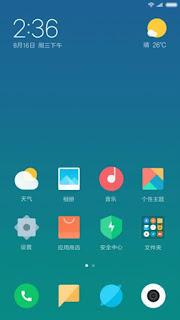 As per some rumours, the MIUI 9 will ship with at least four new official themes.The three themes which got leaked are called as Unbounded, Symphony and Hyun Black.With that, MIUI 9 will also come with some new features like Quick Reply, which is present on all devices which run Android 7.0 but it is still not present on Xiaomi devices running on Android 7.0 so this feature will be added on MIUI 9.The other feature will be Picture in Picture aka Split screen mode.

As per Xiaomi the MIUI 9 will be released on or before August 16 and the first device to get the latest MIUI 9 will be Mi 6. We have to wait for few weeks for the official announcement and more details about the MIUI 9 and its compatible devices.