The sensor will be jointly manufactured by Samsung Electronics and Samsung Electro-Mechanics will develop three separate two-sensor mobile camera modules per Industry sources.As of now, there are no details will Samsung use their own developed camera modules in other two devices the C10 and C10 Plus.

Earlier devices like Note 7, S7 & S7 Edge Samsung used Sony IMX260 sensor and on S8 duo SonyIMX333 sensor.Now Samsung is breaking its tradition by using their own built camera modules for the upcoming flagship Note 8.Not only Camera even Samsung did launch device with Exynos chip which is built by them in certain markets and now there are rumours Samsung is even building their own GPU for the Exynos chipset.

Samsung Galaxy Note will feature Dual camera setup of 13MP sensor one having Monochrome sensor other with RGB sensor similar to Huawei devices.The design and built will be similar to S8 and will have similar infinity display.It will have a larger capacity battery and an S Pen. Samsung Galaxy Note 8 is rumoured to be launched in August end to early September of this year. 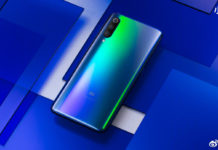