Home Samsung Samsung Galaxy S9 to be powered by Exynos 9810 with CDMA support?
Samsung is all in news with Galaxy Note 8, now we have some more rumours but not for Note 8 but for the S9 which is going to launch next year. As per previous leaks, Samsung has already started work with S9 and now we have some more leaks which claim that it will be powered by Exynos 9810 which will also have CDMA support as per industry insider. 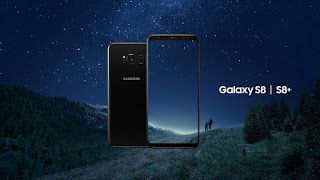 It is still unclear that Samsung came with an agreement with Qualcomm for CDMA related patents or it opted to include CDMA support on upcoming chips.The same source claim that the 2018 flagship will be called as Samsung Galaxy S9 and S9 Plus but also c the US version of Note 8 will be powered by SD836. Samsung is releasing the flagship devices with Qualcomm due to the CDMA support and also many of the US carrier support SD chips.Patent-related tensions between the two have been on the rise earlier this year, with certain authorities concluding that Qualcomm is using unfair licensing requirements to prevent Samsung from selling its Exynos SoCs to third-party manufacturers. Regardless, the tech giants have also been collaborating on the chip making the front, as evidenced by the fact that the Snapdragon 835 is built on Samsung’s 10nm FinFET process node.

Samsung Galaxy S9 and S9+ are already in works and might come with Exynos 9810 with the CDMA support and Samsung may launch the S9 with Exynos chip in US markets too if it comes with CDMA support and also supports all the US carrier.As of now, there are no details about the latest Exynos Chip 9810 we have to wait for few more months for some more info.