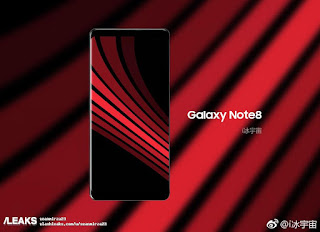 HTML5 test is a web application for evaluating browsers performance, web browser’s accuracy in implementing the web standards HTML5 and Web SQL Database, as well as the WebGL standard.
If wanna run HTML5 test just visit html5test.com.So we found the similar test run by someone on Note 8 and here is the screenshot for the same. 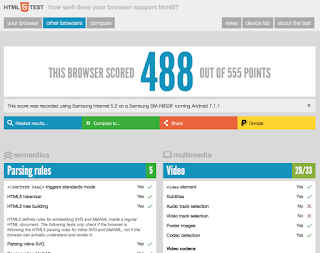 Apart from that, we have only software details that it runs Android 7.1.1 out of the box.Samsung Galaxy Note 8  is expected to come with 6.3 inches QHD+ display, 12MP dual camera at the back with 3x optical zoom and 8MP selfie camera.It is reported to have a fingerprint scanner built in the display.

Here is one more news for Samsung Galaxy Note 8  which is now having a new edition called the Emperors Edition which may have 8GB RAM and that’s, not all we have the almighty Note 9 too with 12GB RAM.

The rumours are not going to stop soon and as days are passing the rumours and leaks about Note 8 are going on increasing and now we even have rumours of 2018 flagship Note 9.

As Samsung is facing tough competition from Chinese Manufacturers it is all set to launch Note 8 with 8GB RAM  in China.As ZTE Nubia Z17 is already launched in China with whopping 8GB RAM and upcoming OnePlus 5 to will have 8GB RAM as per rumours so Samsung will launch the Note 8 with 8GB RAM as per rumours.Earlier even with Samsung Galaxy S8 & S8+ was launched with 4GB RAM but in some markets, like China, India and South Korea Samsung launched the 6GB RAM model after few weeks of 4GB RAM was launched to give tough competition to other Chinese players.

As per sources, 2018 edition of Note 9 will have 12GB RAM and there is also possibility that S9 and S9+ too will come with 10GB RAM models.It will be called Emperors Edition.

As Samsung is struggling in China as many other Chinese brands are giving great specs at a reasonable price so Samsung might launch the Note 8 specifically for China with 8GB RAM to attract flagship buyers.

Samsung Galaxy Note 8 is expected to launch in IFA Berlin and will have to wait for two months from now.