Home Google The essential smartphone from Android Co-founder might release on May 30.
A few months back Android co-founder Andy Rubin, just gave us a glimpse of the upcoming smartphone from Google on Twitter.Today Andy Rubin announces that the something big would be coming on  30 May, as per his latest tweet on Twitter.

From the last tweet on March, we know that the phone will be having bezel-less design and display with curved corners.There were certain rumours stating that it could feature metal sides and ceramic back.There are certain rumours that it could come with a modular design similar to Motorola’s magnetic connector, which uses to connect mods made by Motorola.The connector actually is used for charging the phone but apart fro that it will support all third party attachments. 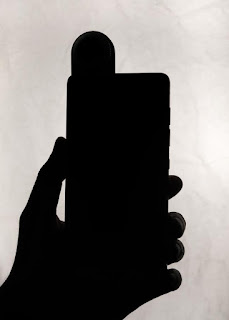 Here is the one more image leaked today on Twitter.So mark your dates for an Essential smartphone from Android Co-founder which is releasing on May 30. We have to wait for it.