Home Uncategorized Samsung Galaxy Note 8 will have Dual Camera set up, as per...
Samsung upcoming flagship the Samsung Galaxy Note 8 which is rumored to have a dual set up camera as per reports.There were also few leaks that it might even have a fingerprint scanner built in the display.Now as per report it will sport a dual camera at the back.Note 8 might launch the second half of this year.This news report comes from MK News, South Korea based news outlet. 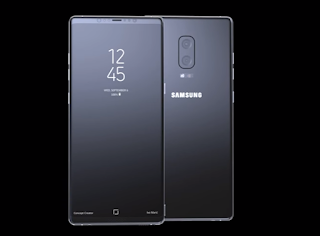 As per earlier leaks, we came to know that it is Galaxy C10 to have the first dual camera setup and might launch before Note 8.The Galaxy Note 8 might launch before IFA Berlin.As of now, the Samsung Galaxy Note 7R is going to launch anytime next month and also there are few rumors claim that it will be 50% cheaper than the original Note 7.

Samsung Galaxy Note 8 might come in similar design what we found  in Samsung Galaxy S8 & S8+ with an infinity display. There will be add on Stylus, Dual camera setup & probably an fingerprint scanner built within the display.