Home Uncategorized LeEco Le X920 aka Le Max 3 leaked again.
LeEco launched Le Pro 3 AI edition with its own virtual assistant called Lele last month and earlier last week we even got the new leaked images of the Le Max 3 or Le X920. Now we have got few more images of the device.This time not only shows you the actual device but also tells us some key specs. 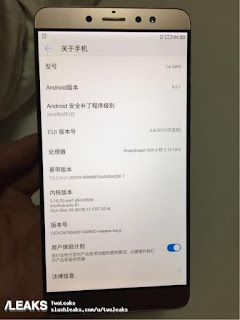 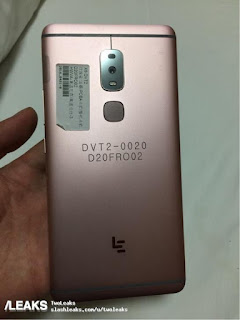 The LeEco Le X920 design looks similar to the all LeEco phones. Now the phone has got a selfie flash at the front. At the rear, it has a single camera with Laser AF and LED flash. It has fingerprint scanner at the back below the rear camera.The image also shows the About Phone in the third pic, the Le X920 is running Android 6.0.1 out of the box with latest EUI 5.6. The phone is powered by SD 820 clocked at 2.15 GHz with 4GB RAM and 64GB storage, which is pretty old chip now and the leaks were all around from last year so might be due to financial crisis LeEco didn’t launch this smartphone and it got delayed. 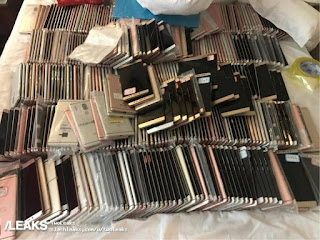 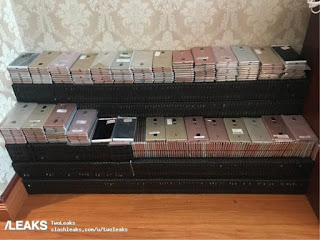 Le X920 will have huge 6.3 inches Quad HD screen of resolution 1440 x 2560 pixels.The rear camera is of 22MP with Sony IMX318 Exmor RS sensor. It has 8MP selfie camera. There is no 3.5mm audio jack and device is fueled with 3,700 mAh battery.It will have an USB Type-C connector at the bottom. The company is ready with the huge amount of stock and might launch anytime soon, as of now the device is not yet certified by TENAA. LeEco Le X920 is expected to be priced at $201 (13,000/-).