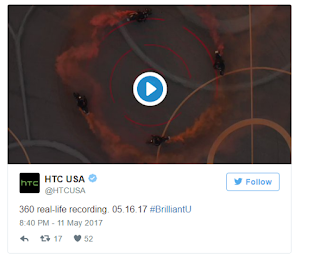 As per the video, there is nothing much revealed as it shows that HTC U11 might feature a 360-degree video recording capabilities.We have to wait until May 16 to officially launch the HTC U11.
You can watch the teaser from the link given below.