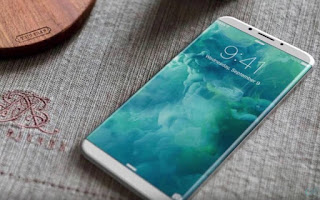 Next rumor is iPhone will come with 5.8 inch display and there will be no home button instead will launch as touch bar found on Macbooks. Such feature can happen only with OLED displays made by Samsung.It will be the first iPhone to launch with 4 digits pricing in US.