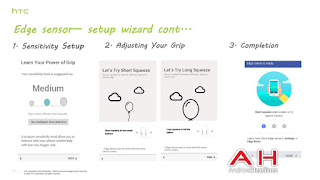 As we all know HTC is going to launch flagship phone for this year which is successor for HTC 10 called as HTC U aka Ocean. We have got new leak which tells us that it will come with new Pressure sensitive frame which comes with several features based on how hard you squeeze. 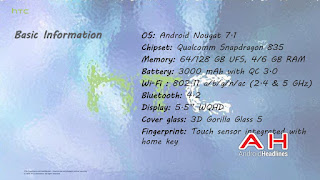 As per Android headlines they have all the details of the upcoming HTC U (ocean). The most interesting feature it comes with Edge sense which lets you interact with the device by squeezing it in your hand. You can start apps like Google Assistant ,Camera without turning on the display. It will support different level of pressures which can be used more than one action. 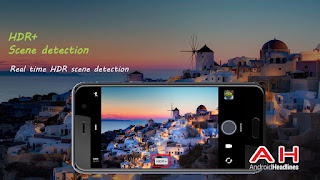 Another feature is the HDR+ which will be automatically enabled when camera needs.It will be powered  by SD 835 with Android 7.1 out of the box with latest Sense 9 UI. There is no headphone jack but you will get only single Type C port at the bottom which supports HTC U Sonic Technology.

We have to wait until the HTC announces it.