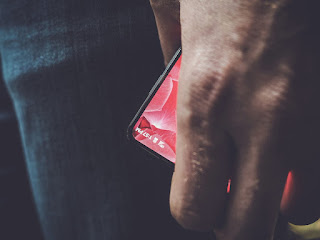 In January we had some news that Andy Rubin was working on high end smartphone.And now there is glimpse of the smartphone which he shared on twitter.

We can only see the round end to end bezel-less screen with cellular connectivity,battery and claock. Nothing else, including the specification of the smartphone.

Rumors say it will be first modular type smartphone with an ability to change the hardware over time,The modularity will work with similar to what we saw in Moto Z mods, which will have magnetic connector and we can just add and remove or upgrade the chip, battery etc.

The screen will have pressure sensitivity what we found on Apple iPhone’s.

The device is going to launch in mid of this year and will be priced similar to Pixel and iPhone pricing.