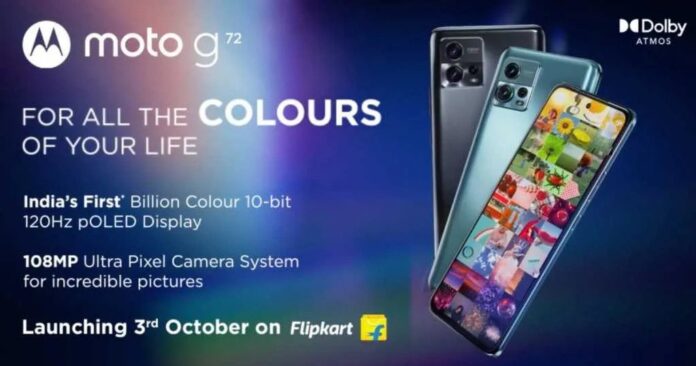 The Moto G72 is a new smartphone in Motorola’s G series. According to the company, the device will debut in India on October 3. A Polish e-commerce site called RTV EURO AGD has listed the Moto G72 ahead of its launch, revealing its design and complete specifications.

The Moto G72 will look slightly different in terms of design when compared with its predecessor. On the front, the new Moto G72 will feature a center punch-hole display with slimmer bezels. The power button along with volume rockers is placed on the right. 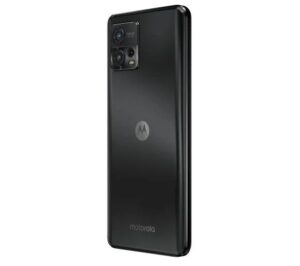 The new Moto G72 will sport massive 6.55 inches FHD+ OLED display with a 120Hz refresh rate. Unlike the predecessor, the new Moto G72 will lack 5G support & turns out to be a 4G only smartphone as it is powered by MediaTek Helio G99 SoC. It is coupled with 4GB/6GB/8GB RAM and 128GB/256GB storage space. 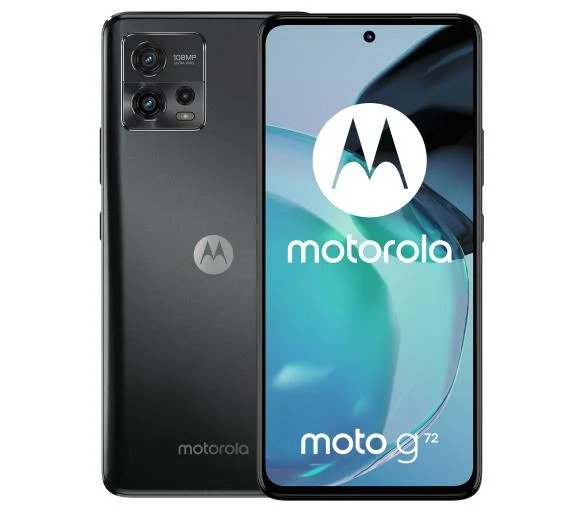 It also gets a stereo speaker along with IP52 certification making it water-resistant. The device features a 108MP main sensor coupled with an 8MP ultra-wide & 2MP depth sensor with LED flash. It features a 16MP selfie shooter under the punch-hole display. There are dual stereo speakers with Dolby Atmos support.