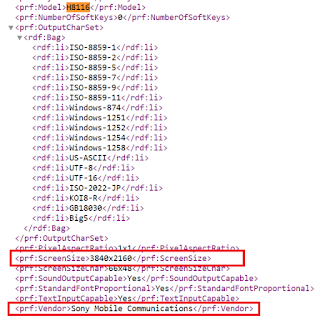 As per the leaks, the Sony H81XX series will have two devices which will sport 4K displays and might come with thin bezels.The lineup will include Sony H8166 and Sony H8116 both having a 4K display with a resolution of 2160*3840p which might confirm that it is using standard 16:9 aspect ratio displays and not the 18:9 aspect ratio.Earlier we also had rumors that Sony next year flagship to come with new Mirai design which will have standard 16:9 aspect ratio display.