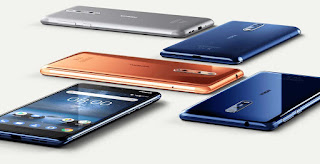 Nokia devices come with stock Android UI with regular OS and security updates similar to Google Pixel devices but not have Project Treble support as per Juho Sarvikas.Devices which are launching with Android Oreo out of the box will have Android Treble support than that device which is updated to Android 8.0 via OTA update.

As per HMD Global, Nokia will be providing regular security updates and also OS updates to all Nokia devices, but will not include the Project Treble support as it requires some partition on internal storage which can’t be fixed with OTA updates.

So this is bad news for all Nokia users, as even other brands like OnePlus and Honor which were launched on Android 7.0 too claimed that their devices will not have support for Project Treble.

Note that there is no end user impact. Just means that we do a bit more heavy lifting on engineering to keep you Pure, Secure and Up-to-Date