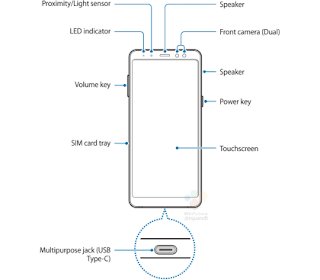 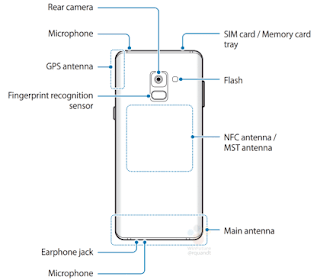 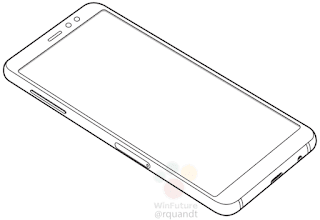 Both the Samsung Galaxy A8 and Samsung Galaxy A8+ is having USB Type-C port and 3.5 mm audio jack at the bottom of the device.On the front, above the display, we have the earpiece, sensors and Dual selfie camera.At the back, we have the single rear camera with Dual LED flash and fingerprint scanner below the camera module. 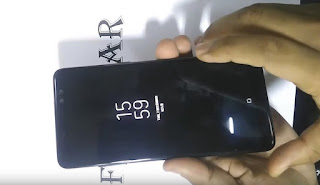 The upcoming Samsung Galaxy A8+ sports 6 inches FHD+ Infinity display having a resolution of 2220*1080p with an aspect ratio of 18.5:9.It is having a single 16Mp rear camera with an aperture of f/1.7 and also OIS.There is dual selfie camera of 16MP and 8MP.

The Samsung Galaxy A8+ runs on Exynos 7885 SoC coupled with 6GB RAM and 64GB onboard storage which can be expanded via microSD card up to 256GB.It also comes with an IP68 rating which makes the device dust and water resistant.It is fueled by 3500 mAh battery.