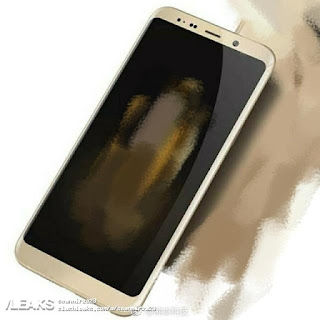 Xiaomi Redmi Note 5 will no longer have capacitive touch navigation keys instead it will be replaced by on-screen navigation keys. The Power button is no located to the right and Volume Rocker toward the left of the device.

Xiaomi Redmi Note 5 will go on sale on JD.com once it is launched and earlier we had rumors of launching the device on Nov 11 which didn’t happen.There are also some rumors which claim that Redmi 5 and Redmi 5 Plus will also be launching with the Redmi Note 5 and will have a similar design and also rumored to have thin bezels.

As per TENAA, Xiaomi Redmi Note 5 sports 5.9 inches FHD+ display having an aspect ratio of 18:9.It is made out of metal and comes with the rear-mounted fingerprint scanner.It is rumored to be powered by SD636 Chip or MediaTek Chip coupled with 3GB/4GB RAM and 32GB/64GB onboard storage which can be expanded via microSD card slot.All this is fueled by 4000 mAh battery and runs on Android 7.1.1 with MIUI 9 on top.