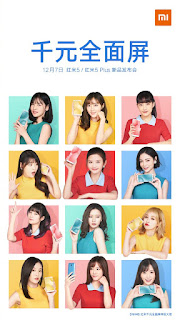 Xiaomi will be launching the Redmi 5 and Redmi 5 Plus in China on Dec 7 and will come with higher 4000 mah battery, Full-View Display and Soft Selfie as per teaser.Apart from this, there is nothing mentioned about the device, but as per earlier leaks, the Redmi 5 is rumored to come with 5.7 inches HD+ display having a resolution of 1440*720p with an aspect ratio of  18:9. 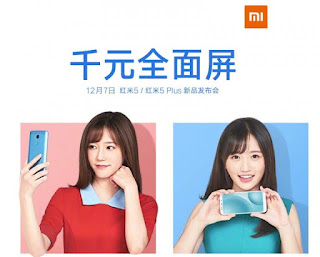 Redmi 5 will be powered by either SD450 chip with 3GB/3GB RAM with 16GB/32GB onboard storage options.Redmi 5 is rumored to have a 12MP rear camera with Dual LED flash and 5MP selfie camera. 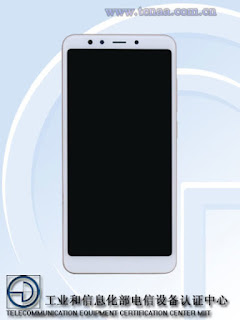 The Redmi 5 Plus is rumored to come with 5.9 inches FHD+ Full View display with a resolution of 2160*1080p  having an aspect ratio of 18:9.It is powered by SD625 chip probably coupled with 4GB RAM and 64GB onboard storage.It is also having the same cameras with a 12MP rear camera with Dual LED flash and 5MP selfie camera.Both the Redmi 5 and Redmi 5 Plus runs on Android 7.1.1 with MIUI 9 on top. 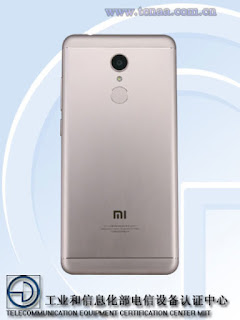