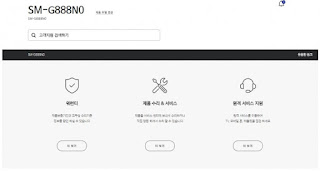 The Samsung support page doesn’t reveal anything apart from the device model number SM-N888N0. Earlier Samsung CEO told that they are working on the foldable smartphone and if all goes well the device will be launched in 2018.So Samsung might introduce a new X-series under premium range after S-series and Note-series.