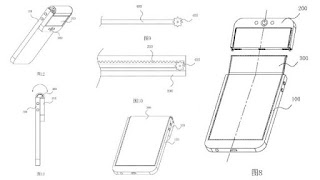 As per leaked sketches, we can see there is hinge which is separating the top part of the device with remaining part with a flexible screen which can be cover and fold the whole mechanism.The aim of the device is to feature a single camera which can act both rears as well as selfie camera.Oppo has already launched such a device but it didn’t have the flexible display. 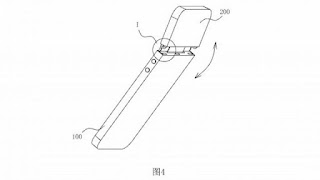 With Samsung and LG betting big on flexible or foldable display trend with series of the patent being filed by both the companies.Each of the smartphone manufacturers has their own way of making a flexible display which doesn’t match with its competitor.Oppo has already launched the Oppo N1 on 2013 which had just a single camera with rotating mount which can be act like a rear facing as well as selfie camera.The same device mini version was also launched in 2015 called the Oppo N1 Mini with Oppo N3 which was the last device in this series.

With this patent, Oppo is trying to improve the technology by introducing the flexible screen with a single camera which when bent outwards will act as a rear camera and when open it act as selfie camera.But with these latest sketches don’t expect that Oppo will launch such a device anytime soon.This leaks will just give us hint about future plans from Oppo.