Home OnePlus OnePlus team teases OnePlus 5T on Twitter again.
OnePlus is all set to launch their second flagship smartphone with OnePlus 5T this year.Earlier OnePlus CEO explained to us why OnePlus 5T doesn’t come with wireless charging support and yesterday the device was spotted on GFX benchmarks. 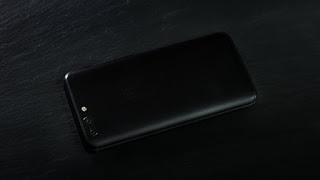 OnePlus has already started teasing the OnePlus 5T on Twitter earlier this week and yesterday OnePlus shared an image which shows the rear side of the device which looks like the OnePlus 5 and firm is teasing it has 5Taked, but apart from the image, the teaser doesn’t reveal much about the device.As per leaks, the OnePlus 5T will have the same specs as the OnePlus 5 and the only change will be with a new improved display which is now having an aspect ratio of 18:9.

As per sources, the OnePlus 5T will feature 6 inches FHD+ display with an aspect ratio of 18:9 and will be having thinner bezels than OnePlus 5.It will be using slightly taller and slimmer bezel display when compared to OnePlus 5 and will now come with improved selfie camera as per GFX benchmarks.Apart from these changes, all other specs remain exactly same and design will be similar to OnePlus 5.

As per earlier leaks, OnePlus 5T will come in two version one with 6GB/8GB RAM with 64GB/128GB storage options and will be powered by SD835 chip.It is likely to be priced similarly to OnePlus 5 which was launched for a price tag of  32,999/- in India.The OnePlus 5T is scheduled to be launch by mid-November. 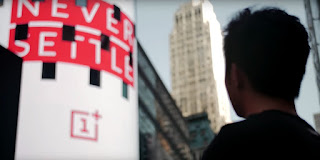 Apart from that, OnePlus also shared image asking fans to guess which city the launch event is going to be held, from the share images it might be New York but we are not sure we are just guessing it. So this confirms that OnePlus will launch the OnePlus 5T soon.