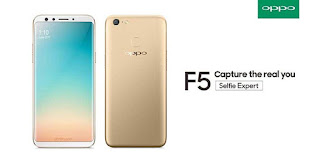 Oppo upcoming successor to Oppo F3 with Oppo F5 leaked today in China. We have series of live images with video popped up on Slashleaks in China yesterday.Earlier we have the poster of the Oppo F5 ad leaked from China, and today we have some of the images of the Oppo F5 leaked. 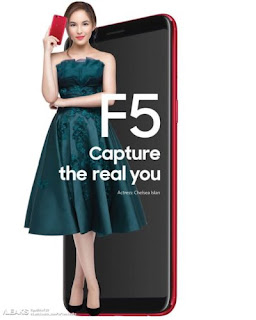 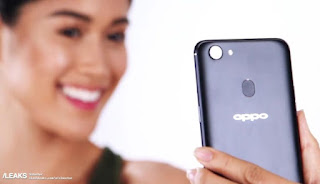 From the leaked images, we can see the Oppo F5 has completely new design than the predecessor.At the front, we have very thin bezels and have 18:9 aspect ratio screen with slightly thick bezels on top and bottom of the device and screen is having rounded corners similar to LG V30.On the top of the screen, we have the earpiece, sensors, and Dual selfie camera. At the back, we have the single camera with a Dual-tone dual LED flash.Below the camera, we have the fingerprint scanner.The Oppo F5 is built out of metal and looks somewhat similar to OnePlus 5 from the back. 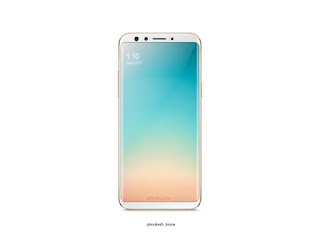 We are not sure whether it comes with on-screen navigation button or capacitive button as they are no pictures showing the bottom part of the device and the device might not have the home button as fingerprint scanner is now located at the back of the device.It is rumored to sport 6 inches FHD+ display similar to LG Q6 having an aspect ratio 18:9. 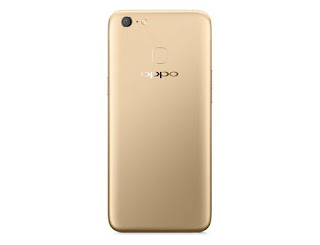 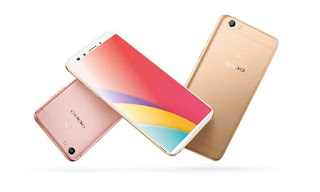 As it is Oppo device then the camera itself is the highlight of the device and Oppo F5 is having Dual 16MP selfie camera and 20MP rear camera.Apart from that, Oppo F5 will be powered by SD660 chip coupled with 6GB RAM and 64GB onboard storage.It will be fueled with 4000 mAh battery.Oppo F5 has already started a campaign called #CaptureTheRealYou in Facebook at the Philippines and is going to launch on 26 Oct.