Home Nokia Nokia halts the OZO VR Camera department will focus on Digital Health.
Nokia came back with a bang with series of mobile phone last year and even started selling IoT devices with purchase of Withings in 2016 which also includes the OZO VR department.Now we have some bad news for those working under Nokia OZO VR camera development as Nokia is going to shut its VR Bussiness due to slower development of VR technology. 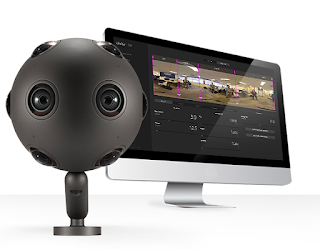 Now after closing the VR business, Nokia will be focusing on digital Health with growing brand and technology licensing.Nokia will reduce the investment and will close the development of OZO VR camera and hardware which will make Nokia laying off 310 employees out of 1090 employees from Finland, UK, and the US.

So is it the end of VR Game? We have to think again as of now there is lack of interest from consumers and due to which Nokia took this decision to completely end the VR development and will focus on consumer-oriented health focus devices and wearables.