Home HTC HTC U11 Plus spotted on TENAA, HTC U11 Life leaked launching on...
Facebook
Twitter
Pinterest
WhatsApp
HTC is all set launch new devices next month after the launch of HTC U11 which was launched in late May.Earlier we had got some renders of the HTC U11 Plus leaked and now we have spotted the device on Chinese Certification site TENAA. 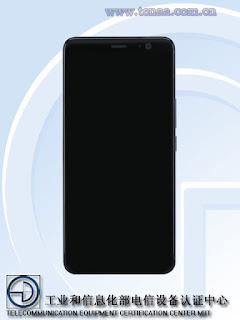 As per TENAA, the HTC U11 Plus looks exactly the same as leaked renders which we got earlier this week.The design somewhat looks similar to previously launched HTC U11.Now the HTC U11 Plus is having rounded corners below the display and top corners are squared. 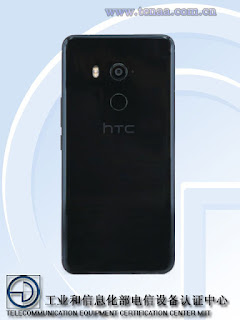 The HTC U11 Plus is rumoured to be using the 6inches QHD+ display having an aspect ratio of 18:9. On the top of the display, we have the selfie camera with earpiece and sensors. There is on-screen navigation button this time due to the bezel-less display trend.At the back we have the single 12MP camera with Dual tone Dual LED flash and fingerprint scanner below the camera module. 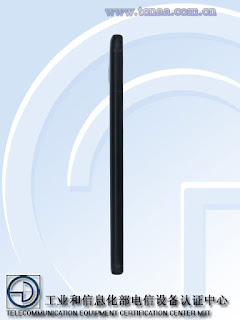 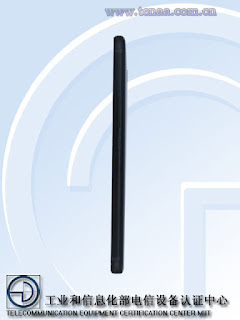 Unfortunately, there are no specs details leaked on TENAA website. But as per rumours, the HTC U11 Plus will be powered by SD835 chip coupled with 4GB/6GB RAM and 64GB/128GB onboard storage.It is also rumoured to be fueled by 4000 mAh battery and runs on Android 8.0 out of the box.

Apart from that, we now got some the first Android One device from HTC with HTC U11 Life leaked again.We have got some new renders of the HTC mid-range smartphone HTC U11 Life which is also rumoured to be launched with HTC U11 Plus on Nov 2 in Taipei. 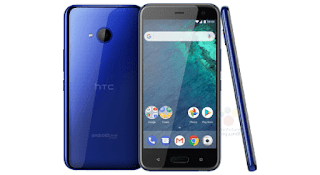 As per leaks, the HTC U11 Life will sport 5.2 inches FHD display covered with Corning Gorilla Glass for protection.It is powered by SD630 chip clocked at 2.2GHz coupled with 3GB RAM and 32GB onboard storage which can be expanded via microSD card.Earlier leaks claimed that the HTC U11 Life will come with 4GB RAM but new leaks claim to be having just 3GB RAM variant.

The HTC U11 Life will feature a same 16MP camera on both front and rear of the device.The rear camera will also have LED flash.The rear camera can shoot videos up to 4K.It is having USB Type-C Port at the bottom of the device and no 3.5 mm audio jack.The device also comes with an IP67 rating which makes the device dust and water resistant.All this is fueled with 2600 mAh battery and device runs on Android 8.0 without any customization.HTC might even bundle the USB Type-C Active Noise cancellation earphones with the smartphone.The connectivity options include NFC, Wifi, Bluetooth 5.0, and A-GPS.

HTC U11 Life might come in two variants one with 32GB other with 64GB storage options.The device will be available in two colours one with Sapphire Blue other with Ice White.The HTC U11 Life is rumoured to be priced at $472 (Rs.31,000/-) for base variant.