Home Mi Xiaomi Mi 7 may launch on Q1 2018 to come with 6...
Xiaomi launched its flagship smartphone the Mi 6 just a few months back and now we have rumors about the next gen with Mi 7.Xiaomi is also launching its concept smartphone with Mi Mix 2 later this week.Xiaomi Mi 7 was earlier spotted on GeekBench benchmarks. 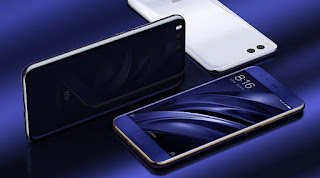 As per leaks on Weibo, the upcoming Xiaomi Mi 7 will be having 6 inches Samsung made OLED panel. We can expect it to come with a nearly bezel-less display with an aspect ratio of 18:9 as we saw on Samsung Galaxy Note 8.As it is Samsung made a display, then it might feature a Super AMOLED display.

Apart from that, the Xiaomi Mi 7 will be powered by SD845 chip coupled with 6GB/8GB RAM variants.As per source, the upcoming Xiaomi Mi 7 is scheduled to be launched in Q1 of 2018.We are not sure whether the device will go on sale or will be launching the device in Q1 of 2018.As per earlier launches of the Mi Flagship smartphone, the Mi 6 was launched and released in April, whereas the Mi 5 was launched in Feb and went on sale in April.So we can’t comment when will the device will be launching as even Qualcomm has not yet announced its next flagship Chip officially.Even there are rumors of the first slot of the SD845 chip are already booked by Samsung for its next flagship Samsung Galaxy S9.We have to wait for few more weeks for some more leaks about the upcoming Xiaomi Mi 7.