Home Google Motorola to launch its first Android One device with Moto X4.
Facebook
Twitter
Pinterest
WhatsApp
Motorola launched its newest mid-ranger with Moto X4 recently in IFA Berlin and also went on sale in some parts of Europe.Now we have some news about the Moto X4 will launch with Andriod One Edition in the US soon as per latest leaks. 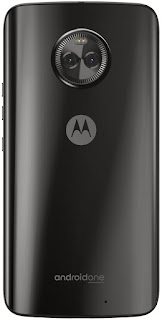 As per popular leakster, Evan Blass leaked the image of the rumored Android One device with Moto X4 yesterday on Twitter.From the images, we can see the design and looks similar to Moto X4 and there is an Android One logo  at the bottom of the device.Earlier leaks also claim that the Moto X4 will have support for Google ProjectFi and now we have the same device will be called the Android One edition of Moto X4.

After launching the Mi A1 aka Mi 5X which is first Android One smartphone from Xiaomi in India later this week now we have the next device with Moto X4 which is scheduled to be launched anytime soon in the US.But Moto device comes with stock Android OS itself so we have to check how fast will be the device when compared to non-Android One Motorola devices.The only change will be  Android One devices will get faster updates and security patches when compared to other Moto devices.

As per rumors the Android One edition of Moto X4 will be cheaper than the original Moto X4. As of now, there are no details about the Indian launch and pricing details.