Home LG IFA Berlin: LG finally unveils its second flagship with LG V30
Facebook
Twitter
Pinterest
WhatsApp
LG finally launches it the second flagship of 2017 with LG V30 in IFA Berlin. After series of leaks which showed us the device images and specs, now we have the LG V30 officially launched.The LG V30 is the successor to last year launched LG V20 which had a secondary display at the top but with new LG V30, there is no longer secondary display.The LG V30 will go on sale starting from Sept 21 in South Korea with Global roll out after few weeks.As of now, there are no details regarding the price.There are two variants one is LG V30 and other is called LG V30+ which is nothing but have the same specs only with a higher 128GB storage option. 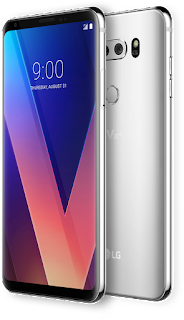 LG V30 is completely built with metal and glass back. It weighs 158 grams and is 7.4 mm thick.The LG V30 is having 6 inches QHD (1440 x 2880) Full Vision with an aspect ratio 18:9 POLED display  with HDR10 support and also has Corning Gorilla Glass 5 for protection.The device also has support for Google Day Dream.Now LG V30 comes with a sem-transparent floating bar instead of secondary display is last seen on LG V20. 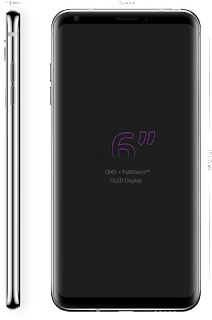 The LG V30 is powered by SD835 SoC coupled with 4GB RAM and 64GB and 128GB on board storage called the LG V30+.The memory can be expanded via microSD card slot up to 2TB. 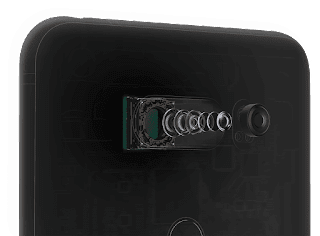 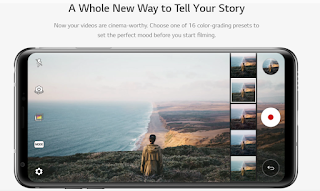 The connectivity option includes Dual Band Wifi, Bluetooth 5.0, A-GPS, GLONASS, Dual SIM 4G LTE with VoLTE support, USB Type-C at the bottom of the device, the fingerprint scanner on the back below the camera module, NFC and 3.5 mm audio jack at the top.With LG V30 we have the all new 32-bit Hi-Fi QuadDAC support which is powered by B&O.Now the LG V30 also comes with IP68 certification which makes the device dust and water resistant.It also has MIL-STD-810G compliant which makes the device scratch resistant.All this is fueled by 3300 mAh battery with QC3.0 support.The LG V30 is running on Android 7.1.2 and will be upgraded to Android 8.0 later.

The LG V30 is rumored to be priced at 900 Euros in Europe.So what do you think of the LG V30 leave your thoughts in the comment section below.