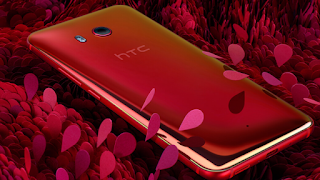 According to DigiTimes, the HTC upcoming HTC U11 Plus will be launched by end of Q4 2017.As of now, there are no details about the exact markets been targeted for the launch.But earlier reports claimed that it will be launched first in China.

Apart from that DigiTimes also got to know some of the key specs of the device from Industry Insiders.As per DigiTimes, HTC U11 Plus will come with 5.99 inches QHD display with a resolution of 2560 x 1440p which is using regular 16:9 display instead of 18:9 which was mentioned in earlier rumours.The earlier source also mentioned that it will have a bezel-less display and will be using 2:1 screen ratio having a resolution of 2880 x 1440p.

According to DigiTimes, HTC U11 Plus will be powered by SD835 chip coupled with 6GB RAM and 128GB onboard storage which is similar to previous leaks.It will have a 12MP rear camera with Dual tone Dual LED flash and 5MP selfie camera.It will also have an IP68 rating which makes the device dust and water resistant.Finally, it will also come with Edge Sense which was last seen on HTC U11.HTC might launch the device by end of this year and will be targeting the Holiday season to boost its sales.