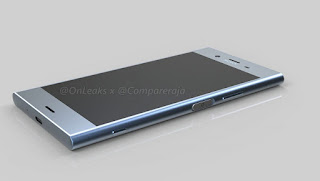 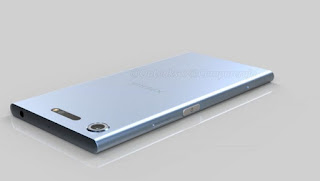 From the leaked render video we can see the Sony Xperia XZ1 which retained the similar Sony Omni-balance design which looks similar to Xperia Z lineup devices.The device design is similar to earlier launched Sony Xperia XZ Premium.At the bottom of the device, we can find the USB Type-C port for charging and data transfer. The SIM card tray is on the left and Volume rocker, Power button and dedicated camera button on the right side of the device.The placement of all buttons are similar to all other earlier launched Xperia device and the only change found on Sony Xperia XZ1  is with the rear camera module.There is 3.5 mm audio port on the top of the device.Sony Xperia XZ1 has a single camera module with an elongated bar beside it where there is LED flash and some sensor which is only change found when compared with Sony Xperia XZ Premium.

The Sony Xperia XZ1 might be launched in various colours options as Sony always launches devices in different colour options.As per earlier leaks, Sony Xperia XZ1  was spotted on GFX Benchmarks and will be powered by SD835 chip coupled with 4GB RAM and 64GB onboard storage which can be expanded via microSD card.The Sony Xperia XZ1  comes with a 19MP rear camera with 4K video recording capabilities and 13MP front-facing camera.It will run on Android 8.0 out of the box.