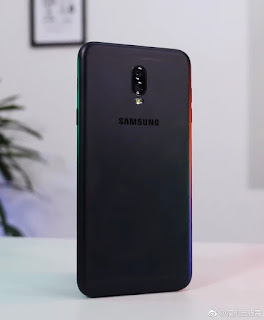 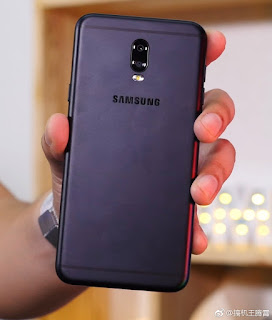 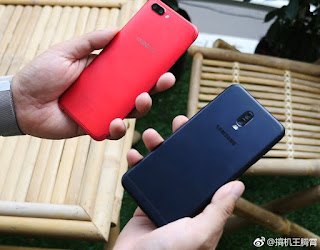 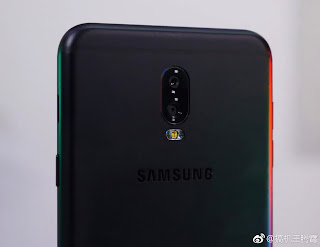 From the live images, we can see the similar design what we saw on earlier Samsung Galaxy J7 2017 edition but the only change is at the back with Dual camera setup which is aligned vertically now and there is Dual tone Dual LED flash below the camera module.The device looks similar to earlier leaks. 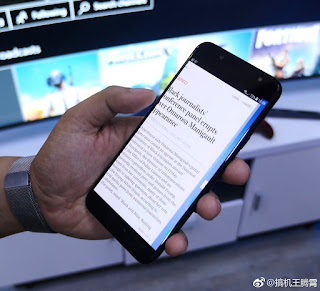 As per earlier leaks, the Samsung Galaxy J7+ is having 5.5 inches 1080p AMOLED display. It is having an Octa Core CPU which is probably the Exynos 7870 chip one found on Samsung Galaxy J7 2017 edition.It is having 4GB RAM and 32GB internal storage which can be expanded via microSD card slot (Hybrid SIM). 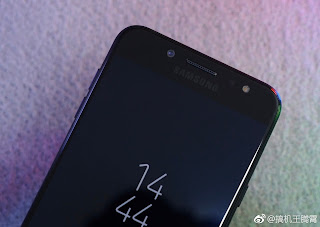 The main highlight of the Samsung Galaxy J7+ is the rear Dual Camera setup which is now aligned vertically.The rear Dual camera is having a 13MP sensor with an aperture of f/1.7 and a 5MP camera with an aperture of f/1.9 with a Dual LED flash below it.The Dual camera setup might have one Wide-angle lens and another Telephoto lens as seen on Samsung Galaxy Note 8.The front camera is of 16MP.

There is dedicated Bixby button on the left.All this is fueled by 3000 mAh battery and device runs Android 7.1.1 out of the box.The Samsung Galaxy J7+ will be available in Black, Gold and Pink color options and will launch in Thailand soon.As of now, there are no details about Indian launch.