Home Samsung Samsung Galaxy Note 8 spotted on Samsung eStore in US and pre-orders... 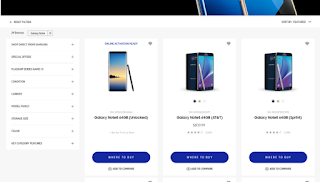 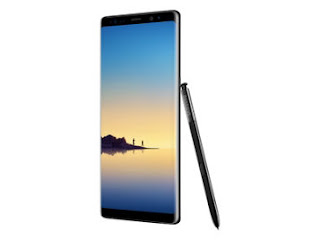 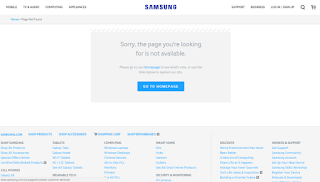 As we click for more info we got the error message stating the page is not found.Apart from the image of the device, there are no details regarding the spec and features leaked.But it was mentioned Unlocked version and is having 64GB onboard storage as per the screenshot.So probably the unlocked version might come only in black colour as of now in the US and might launch few other colours in the coming months. 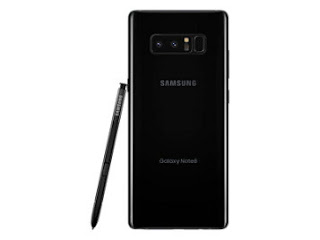 Apart from that, we have one more new rumours that the Samsung Galaxy Note 8 is expected to available for pre-orders starting from Aug 24 i.e next day after the launch event.The new leak has been leaked by Evan Blass is the same person who earlier leaked the press renders of the Samsung Galaxy Note 8.As per Evan Blass, Samsung is also providing 256GB microSD card or Wireless charger or Samsung Gear 360 or Samsung DeX (only in Europe) for free if you pre-order the device.

CORRECTION: the options are as follows

Sorry for the confusion. https://t.co/Db42n4kVCf

Earlier leaks claim that Samsung Galaxy Note 8 will go on sale starting from Sept 15 in some countries.If it is true then we can expect pre-orders to start from Aug 24 after the launch event in New York on Aug 23.
Now we have a new ad of Samsung Galaxy Note 8 leaked on Weibo.The ad leaked is not for the Chinese market but for Korean markets.The video shows the Dual camera features specifically the telephoto lens. As per the video, a boy will focus on the robot toy and background gets blurred leaving the toy in focus.So we can expect Samsung Galaxy Note 8 will capture great Bokeh effects.
There were many leaks and rumours that the telephoto lens will have 2x optical zoom and this Ad even confirms that it will be used to get great Bokeh effects and will also able to zoom up to 2x similar to one found on iPhone 7 Plus. At the end of the video, Samsung again teases the launch date as Aug 23 with tagline Do Bigger things.
As per earlier leaks, Samsung Galaxy Note 8 will sport 6.3 inches QHD+ SuperAMOLED Infinity Display.It will be powered by Exynos 8895/SD835 coupled with 6GB RAM and 64GB onboard storage. It will feature 12MP Dual camera at the back and 8MP selfie camera.All this is fueled by 3300 mAh battery and is running on Android 7.1.1.There are rumours that Samsung might even launch the 8GB RAM and 256GB onboard storage option too in some countries.It is rumoured to be priced $1000 for the base variant.
Source
Share
Tweet
Share
Pin
0 Shares