Home Android Google next iteration with Android O to be announced on August 21
Google is all set to announce the official name for the next iteration of Android with Android O or Android 8.0 on Aug 21.As per Android Police David Ruddock has tweeted about the same on twitter but has not mentioned any other details apart from launch date. 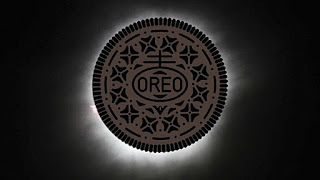 As per the tweet, we can see the David Ruddock knows the name of the next version of Android but he doesn’t want to spoil the event where Google will officially announce for the same.So we can just make a hint as 21 August there will be a total solar eclipse in the US so it will be completely dark during the day and we can expect to be called as Android Oreo.

That said, if Google publishes something somewhere that corroborates the name we’ve been told, we *will* publish that.

Earlier there were reports that Android O will be called as Oatmeal Cookie and even there were rumours that it might even call at Orangina is a sweet carbonated Orange drink originated in France.So we hope as per our hint it will be called as Android Oreo let see what will Google name the next iteration of Android.

Google officially reveals the first look of the new Pixel 7 Pro ahead of Oct 6 launch.