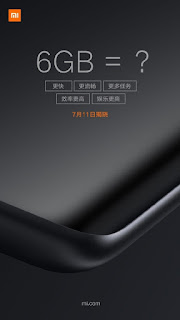 The post on popular Chinses Social media Weibo had a teaser video of 13 seconds asking the user what they’d like to see in a perfect smartphone and listing a number of answers to the question, all of which might be the indicative feature of the upcoming flagship smartphone.

As per Xiaomi, the latest teaser upcoming flagship will be powered by Snapdragon 8XX, it might be the SD835 coupled with 6GB RAM as Qualcomm is still working on SD836 chip.It will be fueled with 4000mAh battery with fast charging support. The video also showed that it will have DDR4 RAM, UFS memory and the huge display panel. There is no mention of resolution of the display used.The body of the upcoming flagship will be covered with 3D glass.The rear camera of the upcoming smartphone will be of 22MP with 4K Video recording and photo. 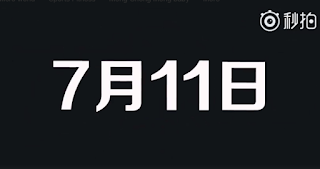 Apart from that, the device will be having IR blaster, NFC, 4G LTE and a USB Type-C Port.Finally, the video ends with the launch date which is going to launch on 11 July ie. tomorrow in Beijing China.As per earlier leaks, it might be the Mi 6 Plus which was rumoured earlier will launch with Mi 6 which didn’t happen due to lack of SD835 chips.So we have to wait for just one day to get the more details latest device from Xiaomi.
Source
Share
Tweet
Share
Pin
0 Shares