Home Samsung Samsung new flip phone SM-W2018 leaked.
Samsung is busy working on the Samsung Galaxy Note 8 and now we have some more flip phones that are going to launch soon. The latest leaks claim that Samsung is launching a high-end flip phone this time with SM-W2018. 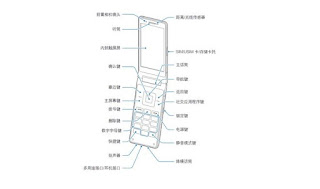 The Samsung SM-W2018 which was the same model earlier got leaked and had also got certified by the TENAA in China.The device was running SD821 chip inside coupled with 4GB RAM and as per recent leaks, the same model is now powered by SD835 chip coupled with 6GB RAM and 64GB internal storage.With the above hardware, the Samsung SM-W2018 will be one of the most powerful flip-phones in the world.

Apart from that, the device is rumoured to have two 4.2 inches SuperAMOLED FHD display.It has the 12MP rear camera and 5MP selfie camera.All this is powered by 2300 mAh battery.Samsung basically launches the flip phones only in South Korea and China.Samsung already launched the Galaxy Folder 2 in South Korea last month for a price tag of $260.

Samsung launched the SM-W2017 last year in China. The SM-W2017 was powered by SD820 chip coupled with 4GB RAM and 64GB internal storage.The device is rumoured to have two 4.2 inches SuperAMOLED FHD display.It has the 12MP rear camera and 5MP selfie camera.All this is powered by 2300 mAh battery.Looks like Samsung is launching the successor with Samsung SM-W2018 which might come with similar Display, camera and battery. The only change will be the upgraded internals with SD835 and 6GB RAM this time.The new model will also feature a fingerprint scanner this time.There is no major design changes this time and looks similar to last year SM-W2017.