With the launch of Reliance Jio last year we saw a huge drop in data pricing and even rarely fewer people made recharge for data with another carrier.With huge competition from Airtel, Idea, Vodafone and BSNL now have some good news from Reliance Jio with their latest offering. 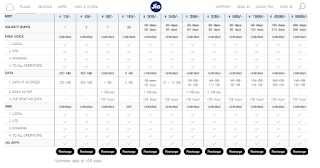 Today, Reliance Jio launched some new plans where you will get cheaper data prices with unlimited calls and messages.Before we had Rs.309 plan called Jio Dhan Dhana Dhan which gave us 3 months of unlimited calls,100 SMS per day and 1GB of 4G data per day which will be downgraded to 128kbps once FUP is over.Now the same plan is been implemented for a higher price at Rs.399 and validity will be 84 days similar to earlier plan.This plan can be recharged by anyone who had already subscribed for Jio Prime and had done a recharge of Rs.309.

With that, we need to wait and watch what other Carriers like, Airtel, Idea, Vodafone and BSNL will offer to their users.