The Moto Z2 Play is having a similar design with metal and glass what we saw on last year Moto Z series and the only change is antenna bands running along the sides of the device and redesigned fingerprint scanner.The Moto Z2 Play is 1mm thinner than its predecessor just 5.99 mm in thick.It is splash proof as it as water resistant nano coating on it.It weighs 145 grams. 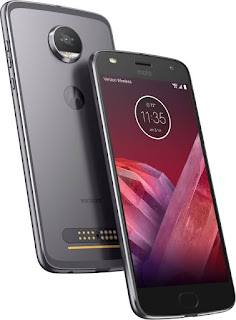 The Moto Z2 Play is powered by SD 626 coupled with  4GB RAM and 64GB storage. It is having 5.5 inches 1080p Super AMOLED display with Corning Gorilla Glass for protection.The storage can be expanded via microSD card slot up to 2TB. 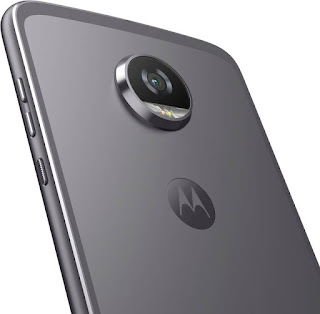 This time there is a 3.5 mm audio jack and there is separate USB Type-C port for charging.The connectivity option includes Dual Band Wifi, GPS, Glonass, Moto Mods, NFC,4G LTE, Single SIM and Bluetooth 4.2.It is fueled by 3000 mAh battery with QC support.

Here is the best buy link and help the blog. http://fkrt.it/fzyO5TuuuN