Home Uncategorized MIUI 9 is officially confirmed, will be more fluid than MIUI 8
Here is one more news from China, as per previous leaks we got to know about the Xiaomi Executive has been confirmed about the MIUI 9 and told us it will be coming soon. Now we have some more details about the same.A few days back there was a teaser for the upcoming MIUI 9 on Weibo which showed us that it is still under development and was captured as video news and was shared officially by MIUI team on Weibo.

The teaser was boosted on Chinese social media platform Weibo where the MIUI official replied to the Mi fans with their query and also shared some new features of MIUI 9.The boss Lei Jun says the MIUI is more stable, more smooth and more powerful than MIUI 8.

With that, there was one more leaked screenshot of the MIUI 9 multitasking tray.It shows the WeChat app can be switched between the chat interface and the wallet just the same way you can switch apps. That could be a new feature which will allow a new interface to be opened in a new tab within the same app. As per leaked images, the MIUI 9 is still under Advanced phase and may soon enter beta phase. 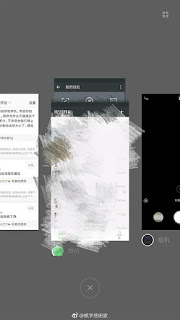 MIUI 9 is custom UI made on top of Android Nougat and will be available to all the 15 Xiaomi devices as per leaks.We have to wait for more details about the devices which are supported and also it might launch soon.