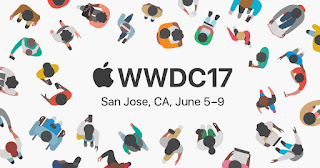 Apple WWDC 2017 was held on June 5 in San Jose. As we all know Apple is celebrating the 10th Anniversary this time and we have some major announcement with iOS 11, Apple Watch OS 4, and latest  Apple Mac OS High Seira.Not just the software there was some new product launches too with Siri speaker aka Apple HomePod to New upgraded iMac Pro, MacBooks and iMacs to the new iPad Pro 10.5 and 12.9. As there are lot more things to tell so let’s get started.

iOS 11: Apple finally unveiled the latest iOS 11 which is the successor to last year iOS 10 with huge improvements.Let’s start with the UI there are whole new UI changes with iOS 11 this time.Now there is an all new layout for Control centre which fits all the controls on the single page and can be accessed using a 3D touch too. 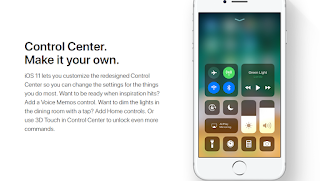 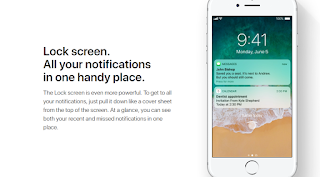 Now the Lockscreen and the notification centre are unified with a swipe up or swipe left action will get you widgets and swipe down will get out of lock screen and shows all the important notification.DND mode is now updated with car mode and blocks all the notification when you are driving the car and can send emergency messages during an emergency. 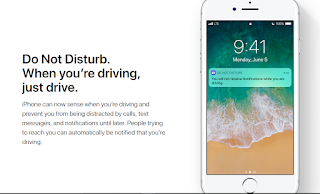 Finally, Apple user will get the File Manager app named as Files which will bring basic file management as well as cloud ones with iCloud, Dropbox and OneDrive in iOS. 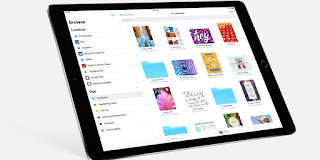 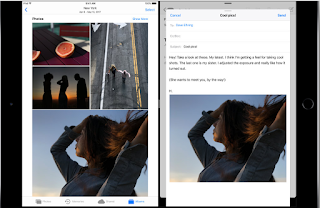 A special add-on for iPads with drag and drop content between split screen mode.You can even drag apps on the home screen too. 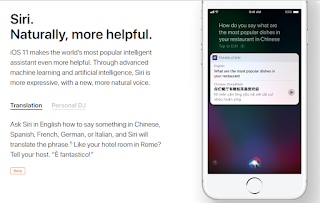 Siri is got smarter with iOS 11, now Apple has added the more humanly sound of male and female.Siri pronounced the same word differently, matching the natural pronunciation.Now Siri can translate languages.For example, speak to English Siri will translate it into Chinese, Spanish, German, Italian & French.Siri UI is lot different compared to the earlier version with better question and answer and multiple results by default.You can create new appointments, make new bookmarks in Safari and suggest new topics based on your reading. 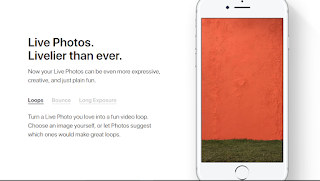 Camera app too got updated and nearly 1 trillion photos were taken from iDevices as per Apple.Now images clicked with an iDevice will take less space with a new format called the HEIF.The HEIF is based on HVEC and give better image quality at half the file size.There is a new format for video too with HVEC which compress the video 2X times than the previous codec.The Portrait mode is now updated with the support of OIS and True Tone flash and also works with low light, create new HDR images and share the depth info collected with third-party apps which help to create some fun effects.That’s, not all New Live Photo has three new features with Loops, Turn a Live Photo you love into a fun video loop. Choose an image yourself, or let Photos suggest which ones would make great loops.The Bounce feature make your Live Photo rock back and forth. While you shake with laughter.And Capture the elements of time and movement. Create a beautiful effect that used to be possible only with a DSLR camera. Stars become bright lines across the night sky. A waterfall, a magical blur with Long Exposure.

Apple App Store too got a major update with no longer support for 32-bit apps and redesigned UI of the  App store. There is a dedicated daily stories tab where you can see stories the expert and even a Games tab with the list of all kind of apps and lots more.There are totally three tabs one for App, Games and last for Today tab.You will also get to know the latest tricks and tips etc.

Apple Music is also updated with a social tool where your friend will help you to discover the new music, you can share music info with your friends. AirPlay 2, you can stream music to your Apple TV too.It also has multi-room feature. 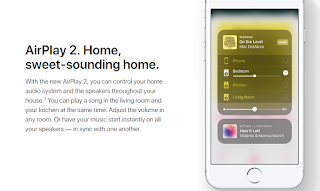 iMessage too got new redesigned UI where you can share emojis, gifs, stickers and games with you friends by just swiping across the totally redesigned app drawer.With iMessage, you will even send and get money using Apple Pay.The money goes from Apple Pay cash card and you can transfer it to bank account too. 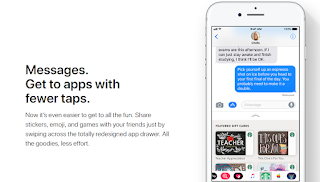 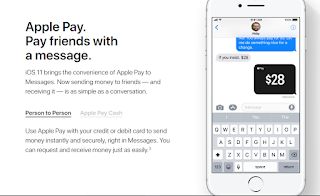 Apple AR is finally launched to take the competition with Google and many other players.With AR kit will make it easy for App developers to create impressive AR games and apps for iOS devices.

Finally, Apple Maps too got updated with Indoor maps and Lane Guidance.With Indoor Maps you can see hundreds of Airports and shopping malls around the world.You can check the store is on which floor or find out restaurants past security in Airport.With Lane Guidance you can finally see the speed limit of the road where you are driving. 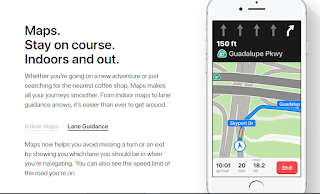 So we have to wait for iOS 11 update to arrive on all iPhone starting from iPhone 5S this fall. 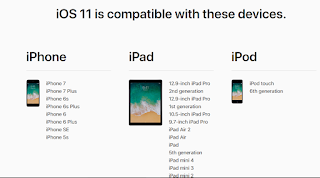 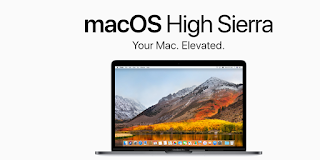 MacOS High Sierra: Apple also unveiled the next gen of the MacOS with High Sierra which is upgrade version from Sierra.It will be released this fall and will be out as free upgrade those who own any Mac or iMac which is eligible for the upgrade.The first developer beta is out today and the initial Public Beta will be out by end of this month. 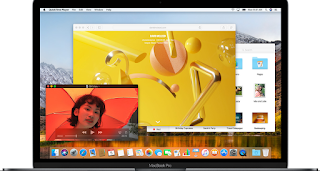 MacOS High Sierra has support for HVEC H.265 which is the successor to industry standard H.264 and compresses 40% more than previous gen.Using HEVC, videos stream better and take up less space on your Mac, while preserving the same visual quality. 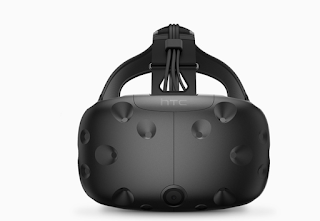 Metal 2 is combined with Thunderbolt 3 will let you unleash the most powerful external GPU on the Mac.It also adds support for VR games and other professional creative apps.With help of StreamVR, we can even use the HTC Vive VR devices on MacOS. 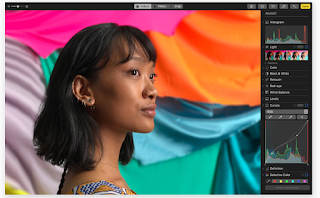 Some other features include updated Photo app has now got better editing tools and new always-on sidebar which display some of the info of the pic and add some effects to the Live Photos.You can even launch third-party editing apps like Pixelmator and Photoshops directly from Photo App. 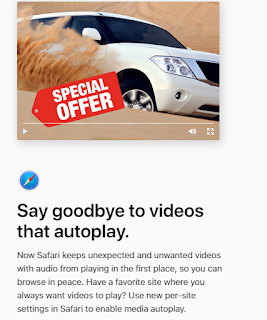 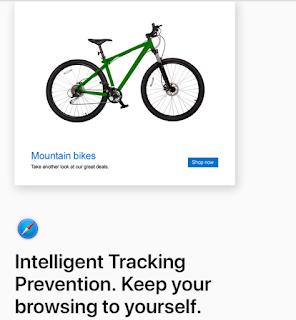 Safari is got faster with the latest update, Apple is touting as the fastest Browser in the world which is 80% more faster than Chrome.It will have some features like auto open in reader, Intelligent tracking, which won’t block any ads but will prevent from tracking when you are working. 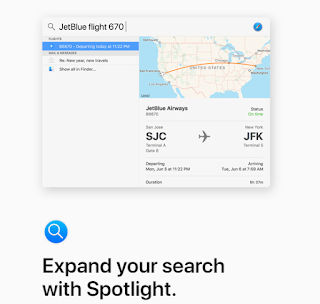 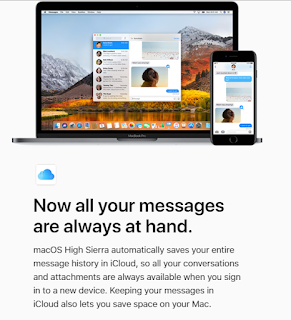 Siri is now improved and got a new voice, Notes can add simple tables, Mail search is faster, you can share any iCloud file stored the iCloud drive through iCloud sharing and Spotlight shows flight status.

The Apple Watch OS 4 has three new watch faces added with Siri, Kaleidoscope and Toy Story.
The Siri watch faces suggest right information you based on your activity and routine.

The next watch face Kaleidoscope face takes the picture of yours and makes Kaleidoscope effects on your Apple Watch. 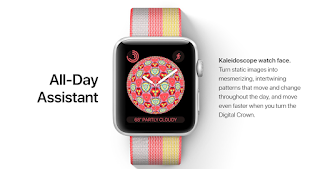 Last watch face with the Toy Story shows you the animation of the Woody, Jessy or Buzz.

With the latest update Apple has improved its fitness capabilities and now they have redesigned Workout App with all new UI, with tap and go functionality, swimming support and auto-generated goals.

Apple Watch is now compatible with companies like Cybex, Matrix, Technogym, Schwinn, LifeFitness, StairMaster and now Workout and watchOS 4 offer two-way sync with various fitness equipment. It works via NFC and you just need to tap your Watch to enable it on eligible equipment. 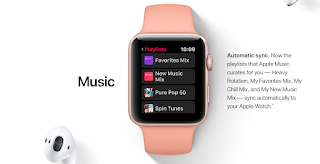 The Apple Watch has new upgraded Music App which can now auto sync the music and various other settings for best Workout. With the latest version of Watch OS, you can run multiple apps in the background.This is a plus for developers to develop apps for audio recording, background navigation etc.

Apple Watch OS 4 will be made available for developer from today and will be officially launch this fall.

With this there were some products launches too.These were the official announcement made by Apple yesterday in WWDC 2017.

Apple’s next iPhone SE 4 might kill many budget Android flagships later next year.

Apple will finally bring the USB Type-C port on the next iPhone.