Home Uncategorized Apple is all set to enter Smart Home products with Siri Speaker.
Apple WWDC is here and now we have news that Apple to compete with Amazon and Google with its Siri Speaker.Apple will announce the new MacBook lineup with new iPad Pro and now the Siri Speaker. 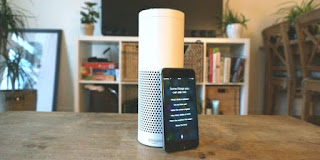 We just got the news that Siri Speaker already started its production.The Siri speaker is expected to be announced in WWDC is the month which is slated on June 5  and might go on sale by end of this year.The speciality of the speaker is it will provide Virtual Surround sound with deep integration of all Apple services and products compared to its competitors.So the Siri speaker will be compatible only with Apple eco system and not like the Amazon Echo or Google Home which can be used on any services like Google Play Music or Prime Music. This speaker will be only for Apple loyal customer as it needs Apple Music subscription.The speaker will be manufactured by Inventec same company manufacturing Apple Airpods.

Apple employees are testing the Siri Speaker from a long time in their homes.As per the Apple employees, it is louder compared to Amazon Echo or Google Home.There is an additional sensor which can sense the rooms acoustic and automatically adjust the music volume.As of now, there is no details that sensor will be included or not in the final product.Apple Siri Speaker will call third party developers services similar to Google and Amazon. It can be used to control all home automation products like TV, lights, door locks, window blinds and Smart home products.The Siri Speaker is not having any screen like Amazon Echo.

We have to wait for June 5 for Apple to officially announce the device.