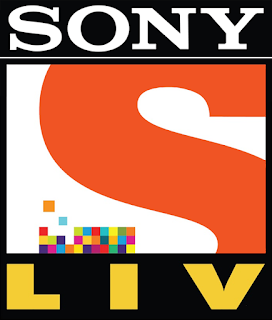 Younger by a few years or older by a wide age gap? Arranged by the family, the saccharine sweet romance or the clandestine hush-hush affair?
The dilemmas of an average, middle-class joint Gujarati family define the flavour of India’s first ever Gujarati rom-com web series ‘Kacho Papad Pako Papad’ on SonyLIV.
With this show SonyLIV, the digital platform of Sony Pictures Networks (SPN) marks yet another spectacular addition to its regional content catalogue since it introduced the Marathi web series YOLO, earlier this year. By giving viewers a chance to enjoy high quality, relatable entertainment created specifically for them, SonyLIV once again delivers on its brand promise – ‘We LIV to Entertain.’
A rollicking affair that promises to have you in bouts of laughter, this Gujarati web series has the perfect combination of content and actors that ensures you are glued to your screens. Starring acclaimed actors Rupa Divatia, Pratap Sachdeo, and Bhakti Rathod, ‘Kacho Papad Pako Papad’ revolves around the sprightly misadventures of the Maniyar family.
The family has an uncanny ability to make any ordinary issue look like an extra-ordinary challenge. It all begins when their son Vipul brings home a girl who is older than him, to be introduced to the family. However, trouble ensues when a girl who is several years younger, professes her love for their son and her intent to marry him.
Uday Sodhi, EVP and Head Digital Business,Sony LIV 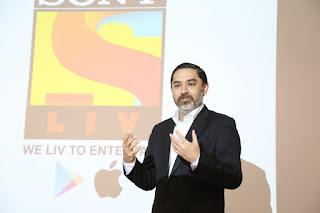 “Regional content consumption is growing rapidly and with access to faster internet speeds, this growth will only amplify further. To cater to this emerging demand, we at SonyLIV decided to launch India’s first-ever rom-com Gujarati web-series ‘Kacho Papad Pako Papad’. The show underlines our brand promise of providing the best in entertainment to our viewers, with engaging and relatable content tailor-made to suit their entertainment and language preferences. We hope our viewers enjoy the series, one of the many firsts in our business.”
Starting May 19th, 2017, the exciting Gujarati web-series will be available on SonyLIV’s web and mobile platforms. Spread across a 12 week duration, with each episode spanning 6 to 8 minutes, a new episode will release every Friday. SonyLIV users also have the option to subscribe to the entire web series, if they want to binge watch the show. Link to the web-series:http://bit.ly/2pUTgV9
SonyLIV is the first premium Video on demand (VOD) service by Sony Pictures Networks’ India(SPN) providing multi- screen engagement to users on all devices. Launched in January 2013, it enables users to discover 22 years of rich content from the network channels of Sony Pictures Networks’ Pvt. Ltd. It also provides a rich array of movies, strong line-up of events across all sports, shows, music, product reviews.
With 30 million app downloads so far, LIV is the first amongst its competition to provide original exclusive premium content.
Share
Tweet
Share
Pin
0 Shares